The Kitecleat remains in position either on your lines or on your harness / boardshort , thereby can’t be ever forgotten. (except for its max. 21 grams). Your kite knife become a real used and handled accessory…

Overview video of Kitecleats functions.
Warning: Utube Annotations can not be read by some mobile devices. Please use a computer if needed.

Warning: You may not see Utube annotation in the video if watching with a mobile device. Please use a computer if needed.

Maintain of line positions when disconnecting the kite from the bar. Prevents from having to extend its lines to untwist them after a transport.

Warning:
You must ensure you do not pass line(s) into the chicken loop side of the bar where you roll / unroll them. To be sure, you can stay hooked to your harness when rolling/unrolling lines.

If necessary, in an emergency situation, the use of a line cutting tool can be carried out quickly only if you are used to grasping and handling it.
To my knowledge, the Kitecleat is the only small easily graspable and
line cutting tool manipulable with a single hand and in one motion.
With a leash which is released “automatically” when it is well taken in hand (in the fist, between two fingers, no matter which).

Advantage:
– The effectiveness of the Kitecleat in its line cut function comes from the fact that by using it at each session for its cleat function, handling becomes instinctive.
– Training is always a critical matter in emergency situations.

If you wish, properly fix the ends of lines and avoid so the potential appearance of knots at the end of the longest of your lines.
Advantage:
Obviously optional but + 50% of kiters meet this problem which unbalances the wing and halves the line resistance.
These knots, once tight, can be difficult to remove without damaging the line.
I can only recomand to roll the longest one passing it trough the locking notch like on following picture: 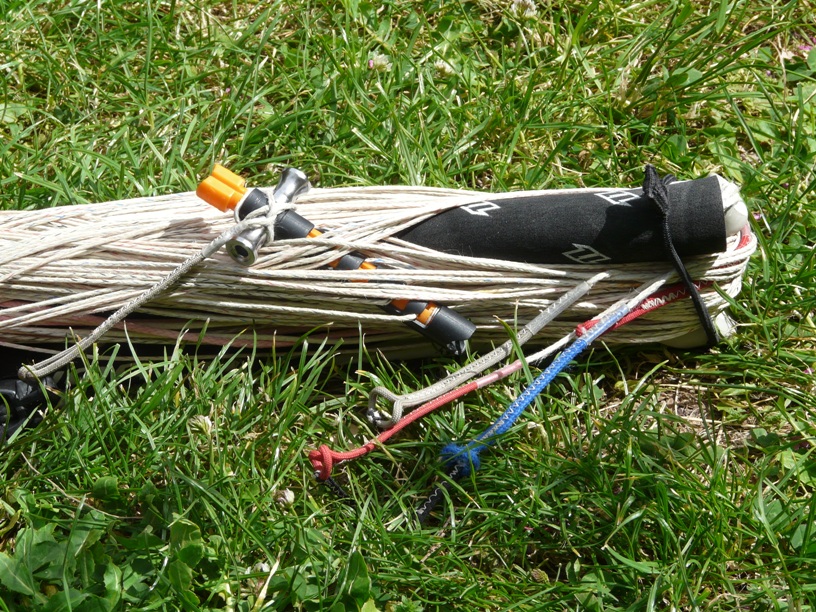 The Kitecleat delivers your kite lines in position to reconnect your wing but you must ensure you do not pass line(s) to the chicken loop side while you roll / unroll them.
Tip: To avoid problems, if you are not already a confirmed kiter, I can get you to proceed as follows (just logical and intuitive process to be adapted to your preferences).

Arriving on the spot:

Use advices – The sand

The Kitecleat has been sized to avoid as much as possible the entry of sand between the two moving parts but it may still occur specially if lots of sand grain are 0.3mm in your home spot. To avoid it to the maximum :

The Kitecleat is closed in action default.

However, to be sure it does not open during the transport or storage of your kite, I recommend using the longest end of the lines to lock it in the closed position by passing it in the groove provided for this purpose (among others), even if you do not want to wrap all the extremities of your lines on the Kitecleat.

Use advices – Stowage on waist harness

The Kitecleat must be firmly secured to your harness but it should be also easy to catch and release.
Following are examples of possible stowage depending on your harness type (waist / seat), your navigate way (smooth / engaged) and of course your preferences.

WARNING: In any case, the elastic is here to pull the kitecleat inside its “pocket”, this way to attach it is not correct, risk is to loose it if it cames out. If you are an advanced rider, please use the (provided) leash to secure it. This leash can easily be broken in case of emergency. 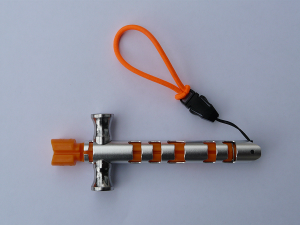 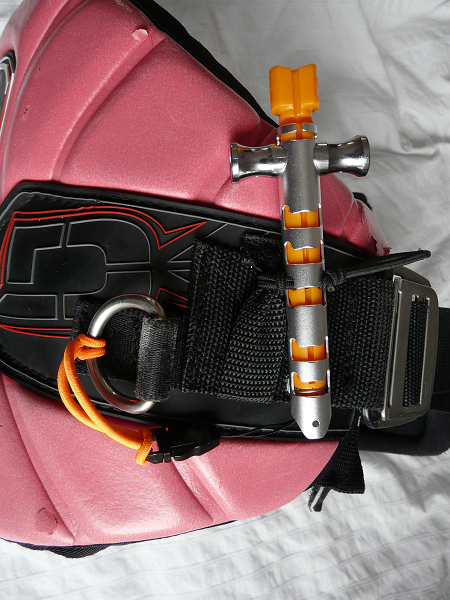 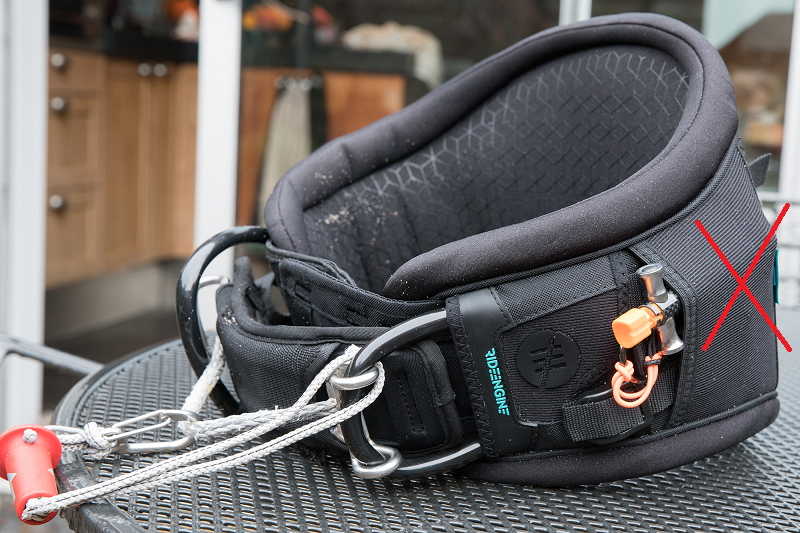 Always prefer this kind of attachement: 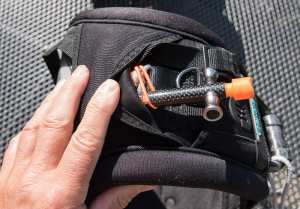 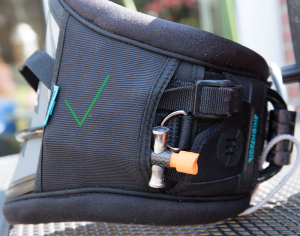 First: In the belt: Most universal and modular (for belt harness)

Advantages:
– Allows the grip of the Kitecleat with one hand but also possibly the other because you never know…
– You will find yourself instinctively with the Kitecleat in your fist, the line cut compartment in open position.

Use advices – Stowage on seat harness

Behind a strap loop (seat or waist harness)

Advantages:
– Allows the grip of the Kitecleat with one hand but also possibly the other because you never know…
– You will find ourselves instinctively with the Kitecleat in your fist, the line cut compartment in open position.

Use advices – Harder stowage on harness

For engaged (or hazardous !) way of riding with any harness type.

Advantages are the same, maybe a little bit more “difficult” to take out, if you find your Kitecleat moving or uncomfortable in previous positions, please give it a try.